Laver Cup: Europe leads the World after Day One 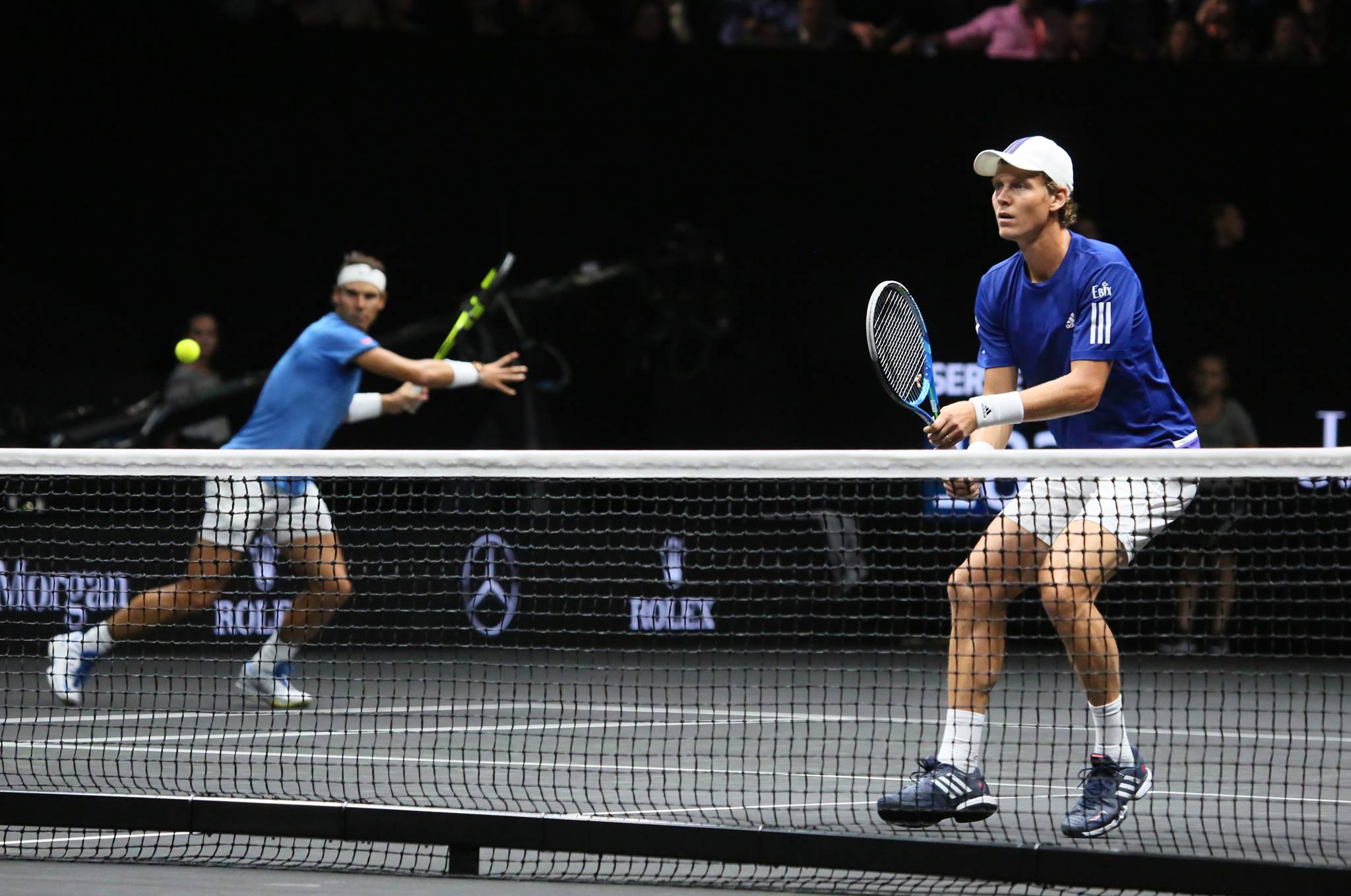 Témata:
After the Zverev victory gave Europe a 3:0 lead 3:0, Team World stroke back in doubles.

All day long at the Laver Cup, Jack Sock and Nick Kyrgios had been showing off their youthful exuberance.

From their courtside position, the two close friends had been spirited – sometimes cheeky – as they cheered on their Team World comrades. And when Kyrgios encouraged those in the 02 arena crowd to start a Mexican Wave, Sock was almost certainly close to the mischief.

But come Match 4 of the Laver Cup, the two young competitors turned serious.

They needed to be to face Team Europe’s Rafael Nadal and Tomas Berdych in the event’s first doubles contest.

Nadal is of course the world No.1 and after his recent US Open triumph, a 16-time Grand Slam champion. And while Berdych has never quite managed those lofty heights, the Czech is one of the game’s most enduring competitors.

Added to the pressure for the younger duo was that Team World entered the fourth match with a 0-3 points deficit, their European counterparts earlier winning every match in singles.

But Kyrgios and Sock have teamed several times in doubles and it soon became clear that the younger pair possessed powerful on-court chemistry.

The first five games would stay on serve but when Berdych double-faulted at the start of the sixth, the first break of serve for Team World soon followed.

After Sock saved a break point next game with a second serve ace, it stayed on serve until Team World claimed the set in 31 minutes.

The experienced Team Europe combination, with such finely developed competitive instincts, would of course stage a challenge.

Sock was challenged again on serve, saving three break points in the fourth game of the second set. And as the Team World competitors responded to the pressure, they also turned up the entertainment.

As Sock served in the eighth game, Kyrgios executed a pair of trademark tweeners – the first one effective, the second not – but his teammate was even more thrilling.

One  point of the match saw Sock fall to the court but keep Team World in a long rally, before Nadal netted a volley. The young players roared and chest-bumped; the crowd added a standing ovation.

There was a danger, though, in allowing any entry point and the wily Team Europe players gradually started gelling. When the second set entered a tiebreak, they turned momentum in their favor. Team World saved set points before Nadal and Berdych finally secured the leveler.

“Probably the first set they were better than us. Later was very close,” surmised Nadal. “I feel that we played well later on. We started to return more and to be more aggressive.”

Every point was huge in the super tiebreak, but the younger team maintained composure. Stretching to 7-7, the suspense was intense but as Sock showcased the groundstrokes that have helped secure eight doubles wins on tour – including Wimbledon in 2014 – Kyrgios was finally able to secure the 6-3 6-7(9) [10-7 victory with an ace after 108 minutes.