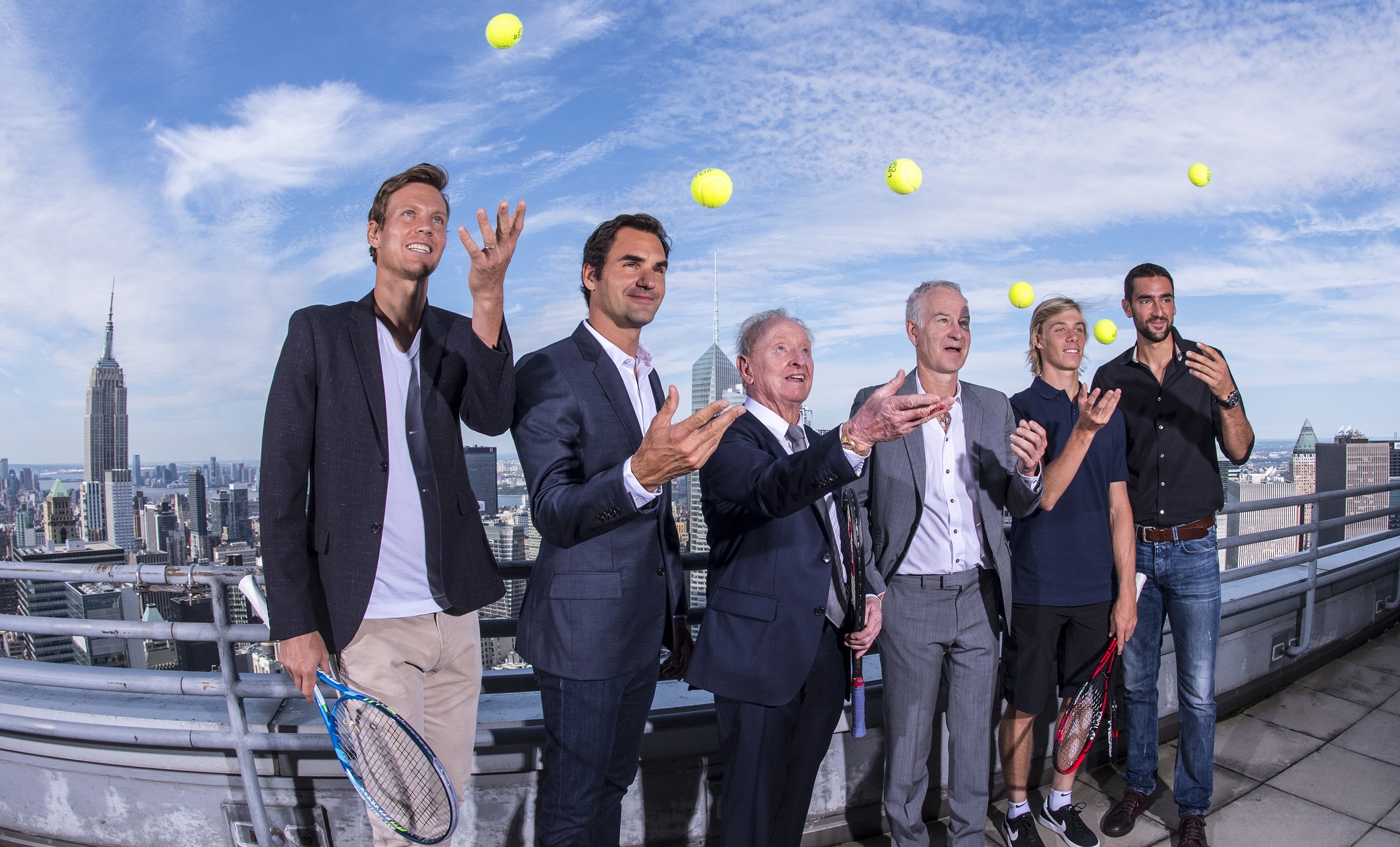 Témata:
Alexander Zverev, Juan Martin del Potro and Denis Shapovalov have been confirmed as the captain’s picks for the inaugural Laver Cup.

Rod Laver was joined by Roger Federer, John McEnroe, Marin Cilic, Tomas Berdych and Shapovalov in the heart of New York City to make the historic announcement and preview the upcoming tournament in September.

Del Potro and Shapovalov will add powerful x-factor when they line up for Team World.

Update as at 26 August: World No. 18 Nick Kyrgios has stepped in for the Laver Cup’s Team World, replacing Milos Raonic who has withdrawn from the tournament.